Why would you ask someone their opinion? 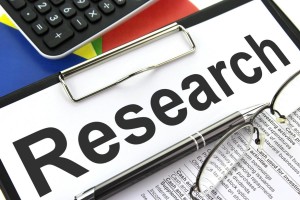 We often get asked if we can research the price customers will be prepared to pay for a product or service. What clients expect is someone with a clipboard asking questions. We tend to upset clients who insist on this approach by telling them that is not what we do.

Whilst we do employ market research techniques in our work it is almost never in the way people think.

Over the years market researchers have been struggling to find a methodology that will provide insight on pricing. The problem is that when confronted with a question about the appropriate price for a product, a respondent is sorely tempted not to give an honest opinion for obvious reasons. Research companies have devised all sorts of question structures to try to avoid this outcome… conjoint analysis, value maps, sequential monadic, relative positioning…. the list is almost endless.

Sadly they all have fundamental flaw. Real decisions about price are not usually made talking to a nice smiley person with a clipboard, they are made with a screaming toddler trying to climb out of the trolley, under pressure from a slick salesman trying to close a deal or scanning pages of online catalogues trying to work out which site is most likely to ship you the goods on time and in one piece.

… in other words context and presentation are everything. All too often companies see price the way it appears in profit calculations; as a variable in isolation, when in fact its one of a blizzard of variables presented to the customer at the point of purchase that will include varying numbers of competitors, alternatives products, the marketing department’s lovely USPs and all the subtleties of branding and packaging….and of course the option of spending their money on something else altogether.

The other problem with asking about price in the sanctified surroundings of a market research interview is that respondents tend to engage what Nobel prize-wining psychologist Daniel Kahneman would call ‘System 2′. This is the part of the brain that thinks logically rather than instinctively. Decisions around price, even in B2B sales, are often made by ‘System 1‘ ..the part of the brain that uses well worn rules of thumb to make judgements. Ever heard the expression ‘Too good to be true’ ?… ever heard it said about a price?… that’s System 1 at work.

On those occasions when we do employ market researchers, these are the rules we tend to follow:

Try to replicate the purchase environment – if you make most of your sales online, use a mock up page with the same choice architecture and sit the respondent in front of it. Alternatively capture the respondents as close to the actual point of sale as you can. We famously set up a qualitative research operation for National Trust in a medieval jousting tent in the bailey of Corfe Castle to capture visitors decision-making criteria just as they came across the drawbridge.

Don’t ask directly about price – this sets off a flurry of thinking in the respondent trying to work out what to say to make their next purchase cheaper. It is much better to beat around the bush and lose the price issue in other stuff about their views on the product and competition.

Listen hard to the language – Quantitative research is really bad at this… online survey monkeys and the like are even worse. I want to hear how people talk about price “it’s about five quid isn’t it?” is not the same as a box ticked saying £5…. it means ‘I would be expecting to pay anywhere between £4.45 and £5.65′ (the latter would give you a 13% higher price than the £5 result from the quant survey).

Listen hard for benchmarks – If a respondent says “That sounds expensive” ask “What makes you say that?”. Their answer will often tell you what they are comparing your price to. You will be surprised how infrequently this is your actual competition.

Better still, forget the research and…

Watch behaviour rather than ask about it – People have a habit of post-rationalising decisions made instinctively to avoid the embarrassment of not being seen to apply logic. In our book what people do always trumps what people say they do. Simple market tests and a careful look at sales history will always give a more reliable answer.

I am afraid that much of the market research industry is trying to mathemtise human behaviour so that accountants and economists can claim to have a definitive answer to underpin decisions. Rather joyfully the human race does not think in scales of one to ten.. (one being completely dissatisfied).

On more than one occasion we have declined requests to provide market research data on pricing. We suspect that the client was trying to gain evidence to support a decision they had already made.

After all if all of human decision-making could be reduced to a set of cross-tab tables and price elasticity graph, life would not only be boring but the levers we could pull in our commercial endeavours would be limited to changing one number.

Objection Overload and the Downward Spiral

Modern CRM systems are very good at measuring conversion rate and delivering it as a metric with which the management can beat the sales team. Consider a 20% win rate. It sounds bad doesn’t it. It feels bad for the salespeople…. four out of five people have told them to get lost. But what if there were eight similar competitors approaching all the available customers in the market. In this case 20% is above what we would call ‘natural share’ and actually demonstrates that your sales team (or the company’s product) must be doing something right.

It is difficult for both companies and sales people to take this positive view. A sales person’s perspective is governed, not by statistics, but by the last two or three people they spoke to. If one those is negative about quality, service or product features, the average person will struggle to re-set the dials before their next call. Even the best salespeople cannot avoid storing these negative comments somewhere deep in their subconscious.

It is not too bad if you are the market leader with a fabulous product that everybody wants, but if you are trying to sell for an also-ran player in a busy market, these objections corner you into turning to discounting to try to win business.

Given enough rope to discount, a sales person will keep on trying to win on price when perhaps price is not the issue. Compound this with an incentive scheme that rewards winning deals never mind the price, then the only way is down.

Eventually your business winds up at a price level that feels too cheap for customers and you still don’t win any business.

How do you get out of this downward spiral?…. four steps:

Magically the conversion rate will go up… once it hits 40-50% your salespeople will think they are the bees’-knees.